Yeah, so, I’ve been busy with work and being sick, which are both full-time jobs, so I’ve been slacking here. My apologies. I’ve got a ton of random things to say, so let’s get right to it. Here’s six things I’m loving right now.

I went on and on about my love for the movie “Baby Driver” on the podcast, so I won’t repeat it here. But, man oh man, I love this song so much. I can’t stop listening to it. Even when I’m not listening to it, it’s still playing in my head.

When I got a new prescription the first thing I did was start ordering new glasses online, because it’s cheaper and it’s kinda fun. I’ve decided that since I have to wear glasses every day I really need more than two pairs. Basically, I’ve stopped buying so many dresses and started buying glasses.

I have some nice glasses that I got through LensCrafters, but even with eye care insurance I end up spending $200-$300 for a pair of glasses. I love those glasses, but I want some variety, and I don’t want to pay big bucks. My buddy Jennifer introduced me to Zenni Optical, and I’ve got a few really fun pairs of glasses for $25-$35 each. Seriously!

These glasses are my faves right now. They have a ’50s look about them, and I think they are super fun. 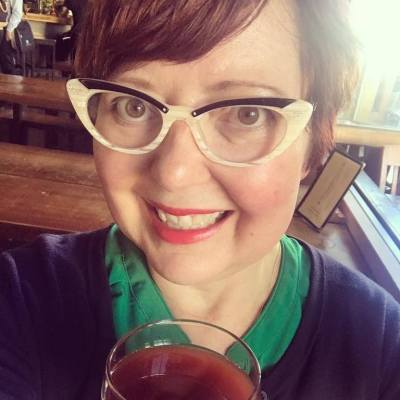 I wore them to my parents’ house last week, and my dad said, “What the hell is up with your glasses?”

Of course, I’m not going to take style advice from my dad. If I did, I’d have to get a pair of camouflage glasses … and grow my hair out … and dye it blond.

I wore them to the Oakland office on Tuesday, and a coworker said, “Oh, new glasses. They are … interesting.”

My “Toddler Grandma Style” is an acquired taste. I get it. But the truth is, I don’t really care if people don’t like it. I like it. I describe my style now as “I wear want I want.” 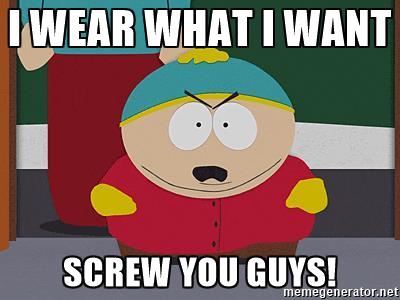 So anyway, I think these glasses below are pretty OK, too. They are not flashy. They are perfectly fine, everyday glasses. 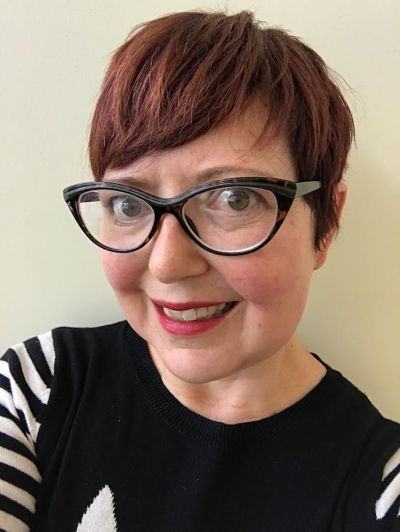 It’s tricky when you buy glasses online. I’ve uploaded a photo to Zenni, and I try them on online, but you really don’t know until you really try them on if you’re going to like them. For example, these super-thick hard-rim glasses below are kinda fun, but I’m not sure I really love them. But for $25 I was like, “Why not?” I mainly wear them around the house, which is good, because I’m always fuckin’ up my nice glasses when I’m screwing around in the house – either rough housing with Calvin or just being a spaz.

I’ve got my eye on a few more pairs of glasses from Zenni, so be on the lookout for a lot of selfies on my Instagram.

3. Our new Dorking Out logo by Jeff Heermann

We’ve had what was supposed to be a temporary logo for a year, so I asked my friend Jeff, who is a super talented artist, if he would help a sister out with a new logo. Look how great it is! It’s soooo awesome! I love, love, LOVE it! Also, I forgot to write a blog post about this week’s show. You should listen to this week’s show. I didn’t get a chance to see “Spider-Man: Homecoming” before we recorded, so Ben Weddell from “Big Ben’s Movie Show” sat in with Smith to talk about it. I show up in the second segment to review “Glow,” which I think is rad, and everyone should watch it.

We got a Roku, you guys! It’s got a really intuitive interface that kinda reminds me of Tivo. We’ve been looking to ditch Comcast for a long time, because Comcast is stupid and crazy expensive. The Comcast On Demand sucks ass, and the only reason we were holding on to it was because we wanted TCM and local baseball. Roku has both of those things, plus it’s cheaper AND it’s got the Film Struck app. So long, Comcast. You’re the worst.

I love cooking shows, but I’m so over all the competitive ones. I used to be really into “Top Chef,” but I just hate all the manufactured drama. My mighty, mighty good man David and I stopped watching “Top Chef” when we discovered “Cooked” and “Chef’s Table” on Netflix. We just want to watch people cook while they talk about why they cook. I don’t care about some perceived slight of some asshole chef in a competition show in which they are all forced to live together, too. This is why I am in love with “The Great British Baking Show.”

It’s just people baking. It is a competition show, but the bakers are not really competitive. If anything, they are competing against ingredients and time, not each other. Everyone on the show is super nice and polite. And they are not super chefs. They are not James Beard winners or any kind of baking professionals. They are just regular ol’ folks who like baking. I find it very relaxing to watch it. I find is inspiring, too. I bought a book about baking bread, because BREAD!

My mighty, mighty good boy Calvin goes through phases with movies and TV shows. You might remember that a few months ago, Calvin was all about “Pee Wee’s Big Adventure.” I never got tired of watching it. Now, he’s all about “Zootopia.”

I liked “Zootopia” a lot when I saw in the theater. I still think “Kubo And The Two Strings” was the best animated movie last year, but “Zootopia” is a solid movie. Calvin enjoyed it in the theater, too, but never asked about it again. It recently popped up on Netflix, and I thought I’d give it shot and see if he liked it. He likes it … a lot. I think we’ve watched it every night for the past two weeks.

He’s also super into the Shakira song “Try Everything,” which plays in the movie and over the end credits. We’re listening to it nonstop in the car. He won’t let me sing or dance to it, though, which is a very strange form of torture. It takes all my will power not to sing or dance to it. I often fail, and he just has to deal with my terrible singing and dancing.