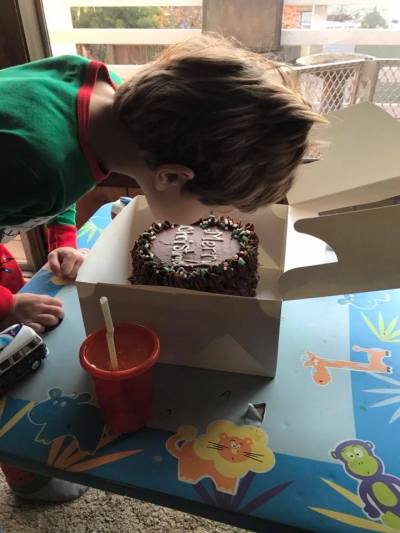 This year, Calvin said he would not sit on Santa’s lap, but he would like to stand near him and talk to him. And since we’re not about to force our kid to sit on a stranger’s lap, we were fine with that.

Santa asked him what he would like for Christmas.

“Anything specific?” Santa asked. “I could bring you a bag of chicken feathers. Maybe some auto parts?”

“Chicken feathers! OK! And a star on the Christmas tree. And binoculars.” 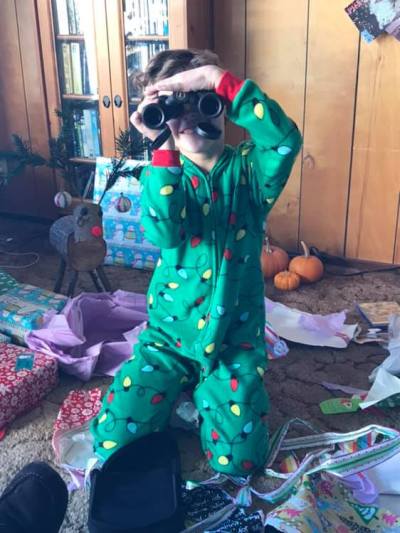 Of course, Calvin was a really good boy this year, so he got a ton of presents. I was particularly stoked that he actually acknowledged the book I bought him about San Francisco trains and buses. 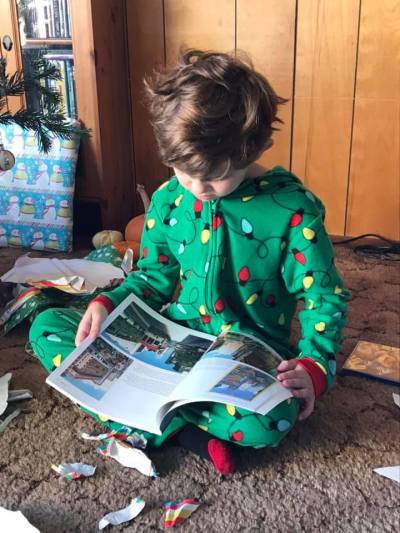 There was a lot to hate about 2018, and I kinda think it can eat a bag of dicks. BUT, a lot of good stuff happened this year, too.

We went to Cabo with my sister and her family. That was rad. I saw Weird Al in concert. Mark Hamill liked one of my tweets (#humblebrag). We saw “Book Of Mormon.” We got tickets to the Oakland A’s Treehouse and went to a bunch of baseball games. I went to my job’s headquarters in Minnesota and finally got to meet in person some of my coworkers, who are the coolest. My mighty, mighty good man David bought me new mics and various other technical things for podcasting, and it all makes me sound great, but unfortunately they don’t make me sound smart. Smith left Dorking Out, which was a huge bummer, but I got Margo as a co-host and that is so fuckin’ awesome. Check out this week’s episode about “A League Of Their Own.” it’s super fun. My dad bought a 1935 Chevy Coupe, and I love to ride in it with him. I saw “Grease 2” in the theater, and it might be the most fun I had at the movies this year. I bought Calvin a birthday cake shaped like a Muni bus, which resulted in a look of pure happiness from him. 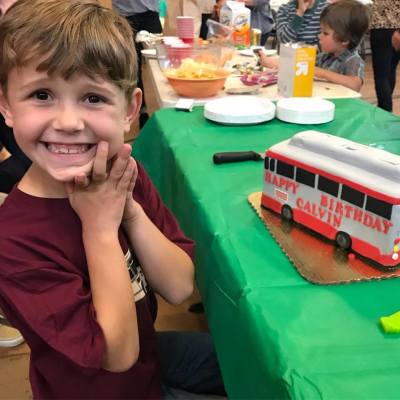