Yeah, so, I know. I KNOW! I’ve been so busy podcasting that I’ve been ignoring my first love, this blog. I’m so sorry about that. If it makes you feel any better, I ignore Facebook, too. Does that help?

Other things I ignore: laundry, the books on my nightstand, good advice, red flags – I could go on and on.

So anyway, I’ve got a few podcasting updates …

What a Creep is really catching on, which is super exciting! My podcasting sister from another mister Margo and I just wrapped season one! We covered a lot of creeps, including Lance Armstrong, Elizabeth Holmes, Newt Gingrich, Ted Bundy, OJ Simpson, Rosanne Barr, Mel Gibson, Bill Maher, Chevy Chase and Piers Morgan.

Each episode ends with someone who is not a creep, so you won’t feel like everything is awful when you’re finished listening. We’ve got a bunch of awful creeps lined up for season two, so stay tuned.

Dorking Out is expanding its audience every month. We’ve had some really fun guests, including Dana Buckler, the host of “The Dana Buckler Show,” and Erika Bromley from F This Movie!

We’ve dorked out about “Can’t Buy Me Love,” “Sliding Doors,” “To Wong Foo, Thanks for Everything! Julie Newmar,” “Creed,” “Speed,” “Do The Right Thing” and “Twister.” Seriously, we’re having a blast! If you’re not listening, you should.

I’ve got other updates for you, too …

My mighty, mighty good boy Calvin is having the best summer ever. He did a few weeks of the extended school year, and now he’s doing a month of summer camps through the Parks & Rec department. Leslie Knope would be proud.

We took a family vacation the week of July 4! We spent a night at the Madonna Inn, which has the best pool ever. It has a massive shallow end and the deep end is only 5 feet. Calvin’s swimming gets better and better every time we go. I really think swimming is going to be his thing. Oh, and the pool has a bar. Duh.

Then we spent a few nights in a house in Cayucos with good buddies Beegs, Sass and Levi, which was supa dupa fun. 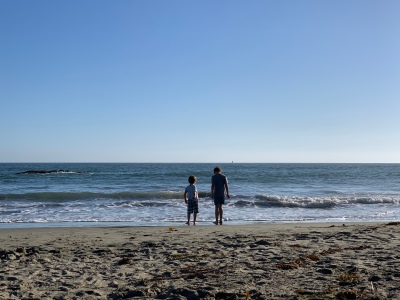 Then my mighty, mighty good man David, Calvin and I went to Pismo Beach for a few days. We visited Figueroa Mountain Brewing, Libertine Brewing and. Barrel Works

And, we went to Solvang so Calvin could see the windmills. #FanofFans 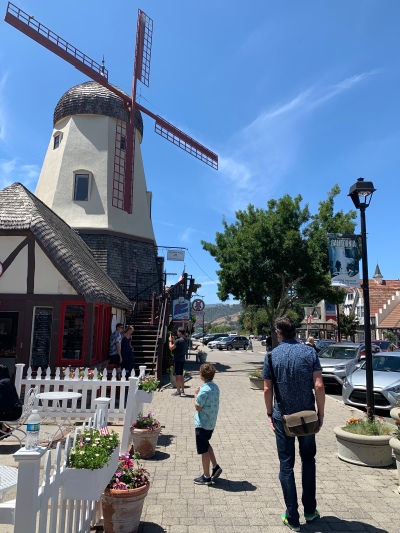 AND THEN, we went back to the Madonna Inn on the Fourth of July and stayed in a cave, so we didn’t have to hear fireworks. Calvin doesn’t like the sound of fireworks. And yes, we literally saved in a cave.

So anyway, I will update more often. I promise.