Yeah, so, on this week’s Dorking Out, Adam Riske from F This Movie joins us to talk about “Sliver.” This means that Margo and I giggled our asses off. This is a really fun one, my friends.

Over at What a Creep, we kicked off season 11 with a trio of creeps, including Blake Bailey, Josh Duggar, and Scott Rudin.

Yeah, so, it’s a good day to podcast.

Margo and I are joined by Adam Riske from F This Movie on this week’s Dorking Out to talk about 1990’s “Flatliners.”

Yeah, so, here’s a rundown of this week’s podcast episodes.

At Dorking Out, Margo and I are talking about 1985’s “Clue,” starring everyone. During this rewatch I developed a new appreciation for Leslie Ann Warren’s Miss Scarlett, but Eileen Brennan’s Mrs. Peacock is still my style icon.

And over at What a Creep, we’re talking about Woody Allen.

We realize that for some this is a He Said/She Said situation, and we are Team She Said. And whether you believe Woody Allen sexually abused his daughter or not (and I think he did), he did have a sexual relationship with a young woman who was his children’s sister, and practically his step-daughter. That’s not up for debate. That’s a fact. That alone makes him a creep in my book.

ANYWAY, What a Creep is finding its audience, and that is really exciting. We have a Patreon page, and if you sign up you can get these adorable (everybody drink) charms and stickers.

Yeah, so, Margo and I put on our skates and dork out about “Roll Bounce” for this week’s Dorking Out.

My friends, this movie is just a joy to watch with the best soundtrack. If you’ve never seen, do yourself a solid and watch it now. And if you’ve seen it before, watch it again. You won’t be sorry.

Yeah, so, Bing Crosby … What a creep!

You can listen here.

Yeah, so, this week’s Margo and I get a little hot for teacher and dork out about “Summer School,” starring Mark Harmon and Kirstie Alley.

Yeah, so, on this week’s Dorking Out, Margo and I order a pizza ONLINE and dork out about “The Net,” starring Sandra Bullock.

Yeah, so, I’ve got nothing but love for “House Party.” I’m so glad that Margo and I finally did an episode about it on Dorking Out.

Yeah, so, with the coronavirus spreading all over the world, Margo and I figured it was a perfect time to revisit 1995’s OUTBREAK on this week’s Dorking Out. 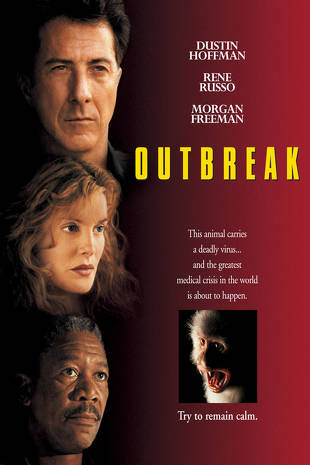 I hope you’re all being safe, my friends.

Unfortunately, here in the U.S., we have an ignorant president, who is more worried about increasing cases of this virus hurting his chances for re-election, and a vice president who doesn’t think science is a thing, so they’re not really doing anything to prevent it from spreading.

Yeah, so, Margo and I talk about Louis CK on our latest episode of What a Creep.

There are some folks who think what Louis CK did isn’t that big of a deal. It is, and we talk about it. We also have a really good chat about the difference between punching up and punching down in comedy.

Oh, and, I get all ranty, so if you’re aching to hear Ranty Sonia, this is the episode for you.

Over at Dorking Out, we continue to celebrate F This Movie’s #ScaryMovieMonth with an episode about “The Blair Witch Project.” This movie absolutely terrified me back in 1999. How does it hold up? We talk about it.

We’ve got big plans for both podcasts in November. The Patreon page for What a Creep will go live soon. Plus, we’re celebrating season 5 (OMG!) in November with a theme: 90s in November. If you have a movie from the ’90s you’d love for us to dork out about, let us know on Twitter or send us an email at dorkingoutshow@gmail.com.