Yeah, so, like every other woman over 40 I’m completely in love with Lizzo. A few days before Halloween she came to San Francisco for two nights, and she was good as hell.

My sister Michelle and I had such a good time. The audience was the nicest and most polite audience I’ve ever seen at a concert.

I saw a woman trying to take a selfie in the restroom, and another woman (a stranger!) said, “You look so great. Let me take that photo for you.”

The crowd was mainly women and gay men, so it was also the most apologetic group ever. 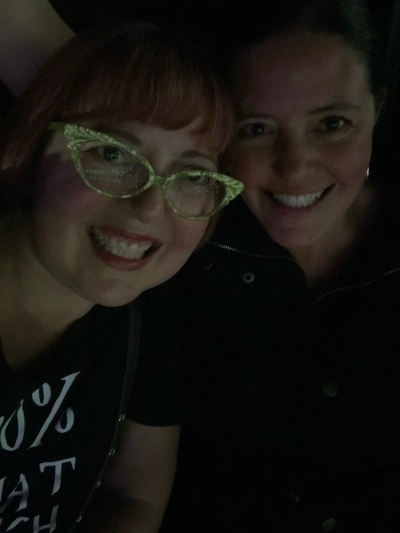 Since the concert was a few nights before Halloween, and I knew everyone would have a 100% That Bitch shirt I decided to get something a little different.

Of course, my silly shirt wasn’t the best outfit at the concert. While waiting in line to get into the concert, I saw the most amazing jacket. I couldn’t stop staring at it, and repeatedly asking Michelle, “Whooooooose jacket is this?” 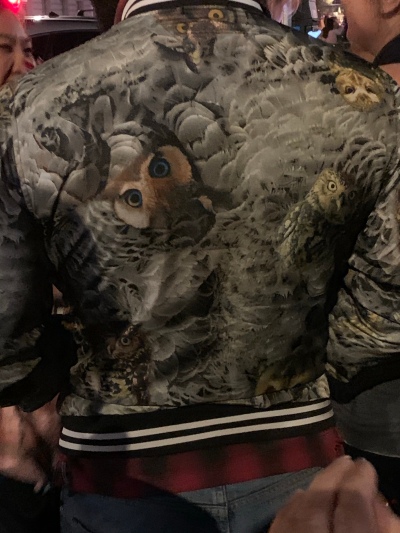 Sometimes I just text her this photo and ask her again, “Whooooooose jacket is this?” I will never not be funny to me.

On this week’s Dorking Out, Margo and I talk about 1991’s “Defending Your Life,” starring Albert Brooks, Meryl Streep and Rip Torn (RIP).

And, we kicked off Season Two of What a Creep! This week’s creep is R. Kelly. You know, I love R&B, soul, rap and hip-hop, and yet I have never owned single R. Kelly song. #humblebrag 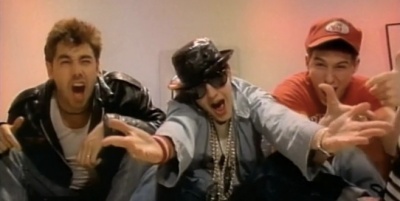 Let’s take a closer look at the lyrics for “(You Gotta) Fight For Your Right (To Party).”

You wake up late for school, man you don’t want to go
You ask you mom, please? but she still says, no!
You missed two classes, and no homework
But your teacher preaches class like you’re some kind of jerk

It sounds like you’re not taking your education very seriously. Your mom wants you to have a good life; a better life than she ever had. If you want a job that pays more than minimum wage, you’re going to have to buckle down and go to school. And your teacher knows that many jobs in the real world require a college degree, and you’re just slacking off. It’s kind of a jerk move on your part. You better just deal with the fact that you have several more years of school left.

You gotta fight for your right to party

You gotta fight for your right to party

Don’t step out of this house if that’s the clothes you’re gonna wear
I’ll kick you out of my home is you don’t cut that hair
Your mom busted in and said, what’s that noise?
Aw, mom you’re just jealous it’s the Beastie Boys!

Well, this is tricky. I don’t know what clothes you are wearing. Are you wearing a Confederate Flag shirt or maybe a KKK uniform? Then your parents are probably really disappointed in you, and they are wondering where they went wrong, parenting-wise. Most likely, you are just wearing jeans and T-shirt, which means they are probably not really mad about your clothes. You should trying talking to them and ask them what’s really troubling them. I think the answer may surprise you.